Advent December 14th: Saint Fingar’s Day
Isaiah 9:6-7
We are indebted to those who have gone before us

“For unto us a Child is born,
Unto us a Son is given;
And the government will be upon His shoulder.
And His name will be called
Wonderful, Counselor, Mighty God,
Everlasting Father, Prince of Peace.
Of the increase of His government and peace
There will be no end,
Upon the throne of David and over His kingdom,
To order it and establish it with judgment and justice
From that time forward, even forever.
The zeal of the Lord of hosts will perform this.”

The examples of faith, which have gone before us, the sacrifices of those who lived for truth and justice are the seed of our own life of faith. Though Jesus is the most important example of our faith, even He was indebted to those who came before Him. The Jewish prophets of the Old Testament like Isaiah, and John the Baptist, who announced His coming set the stage for His ministry. We too are indebted to those who have shown us the way of life and righteousness, and taught us how to live faithfully in our relationship with God. 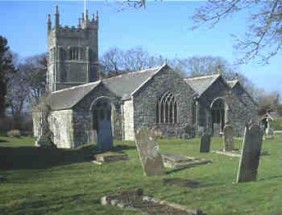 December 14th is Saint Fingar’s Day. Born in Ireland in the 5th century Fingar (aka Gwinear) was a convert of Saint Patrick’s. His surviving biography was written by Anselm. His feast day is listed as both March 23, and December 14th. One legend says, he was was meditating on Christianity while hunting one day. He converted and on the spot, let his horse go free and began to live as a hermit. Later he took 770 men and women to spread the Gospel in Wales, Cornwall and Brittany. He was martyred in Brittany, as was his sitter Piala, and there is a church dedicated to him in Cornwall.

Prayer: Lord. I remember those who have invested their lives in my spiritual growth. Thank you for the examples of faith, and love You have given. Like Fingar, who followed in the footsteps of Patrick, I am indebted to those have shown me the way of life.

One thought on “Celtic Missional Advent December 14th: We are indebted to those who have gone before us”