Advent December 9th: Saint Budoc’s Day
Philippians 2:5-11
Humble beginnings do not restrict us to a life of oppression 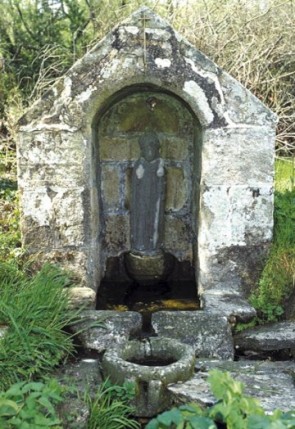 “Let this mind be in you which was also in Christ Jesus, who, being in the form of God, did not consider it robbery to be equal with God, but made Himself of no reputation, taking the form of a bondservant, and coming in the likeness of men. And being found in appearance as a man, He humbled Himself and became obedient to the point of death, even the death of the cross. Therefore God also has highly exalted Him and given Him the name which is above every name, that at the name of Jesus every knee should bow, of those in heaven, and of those on earth, and of those under the earth, and that every tongue should confess that Jesus Christ is Lord, to the glory of God the Father.”

The servanthood of Christ did not negate the fact that he was the Son of God, Ruler of heaven and earth, and the most significant person ever to live on this planet. He remains the King of kings though he did not behave as a spoiled ruler. We in turn should learn from Christ, and have great hope. In our humility and our service to others, we will not be forgotten, and as Christ is exalted, we too will be remembered for our labors. The missional mind knows that in spite of difficulties, and long seasons of service, there is a reward at the end of our path. Even the humiliating death on the cross did not stop the oncoming glory given to Jesus. Our struggles cannot stop the oncoming promises of reward found in the Gospel.

December 8 & 9 are Saint Budoc’s days. Legend says that Budoc’s mother was falsely accused of adultery by her stepmother, and her husband, the King of Guello (in Brittany) had her exiled. He threw her into the sea in a cask, and Budoc was born at sea. Later, the step mother recanted, and the family was restored. Budoc meanwhile was raised in a monastery in Ireland, and later became its Abbot.

Prayer: Cause me, O Lord, to remember your promises. You will not leave me destitute, or forgotten. You will not forget my labors. Even when I feel isolated and alone, I have the assurance in my faith that You are with me, and will reward my simple efforts to serve you. Like Saint Budoc, whose difficult beginnings did not hold him back, help me to remember that I am not constrained by my calamities or my humble circumstances.